The day the river froze – Stavros Christodoulou
(Translation by Susan Papas)
Chapter 1. The kids from “Skala”

“PUT your hats on. The cold will make your ears drop off.”

The woman’s words had a hollow sound. They rose steep-ly as if from the foot of a cliff and then collapsed with a dull thud in that two-roomed apartment of fifty square metres into which she had squeezed her life. For a long time now, she had not cared what happened outside her door. For how many years, she could not remember. Perhaps five, perhaps fifteen, perhaps for ever.

“Perhaps from when his umbilical cord was cut?” she wondered in a whisper. But she stifled the words, as if ashamed of even thinking them.

Since the day when she had swallowed the fistful of pills, time no longer had the slightest consistency. Her son had been seven years old. Yes, that she remembered. A little dev-il who had greedily sucked up all the freshness of her youth. For seven years. Daily. From the moment, in fact, when the labour pains had ripped through her body. When she heard his crying for the first time, she had felt the tide going out, dragging her with it, far away. She had made a great effort to stand once more on dry land. To find her feet. To feed him, wash him, clean up his shit. Until she could put him to bed, feeling exhausted but alone at last, then slip a tablet under her tongue. She would hold it there a while, drawing strength from it, and then let it slide down her oesophagus slowly and comforting-ly, releasing waves of warmth to heal her invisible wounds.

“Pull yourself together, or I’ll leave,” her husband threatened, when he saw her receding into the treacherous darkness of her mind. And he would star at her with that harsh look which once had melted her heart. That was then. Now he stood before her and she didn’t even look at him. She simply endured him. Stoically. The same as when he touched her. “Words! That’s all you’re good for, words as dead as the rotten meat you sell in the market, poor sap,” she returned scornfully.

The truth is she had never believed he would desert them. She didn’t think he had it in him. But as it turned out, she didn’t know him as well as she thought she did. On 18 June 1967, Sunday morn-ing, the day after the boy’s birthday, he left. The memory of that day, although rooted in earth that was barren of every emotion, lived vividly inside her. She had had a slight headache on waking. She had dragged herself to the kitchen, made coffee and floated a spoonful of cream on top, to sweeten it. She took a sip and then smiled, seeing her reflection in the small mirror above the kitchen worktop. A fine white line covered her top lip.

She had not realised he was there. How long had he been stand-ing behind her? His voice was soft, with a hint of tenderness, pro-voking in her a slight shiver.

“I’m leaving,” he said matter-of-factly, and repeated it, to make sure she had heard him.

She had no time to react. She watched him pick up his suit-case and touch the handle of the door slowly, as though moving through a vacuum. When the door closed behind him, her limbs felt paralysed. She could only blink her eyes. “He’s gone…” she thought. Just like that. Final, so it seemed. She looked at the emp-ty passageway in bewilderment. Afterwards, she had managed to drag herself to the sitting room. The child was sleeping peace-fully in the camp bed.

She squeezed past it on tiptoe. Then picked up the glass decanter and added two fingers of cognac to her cup. The alcohol, mixed with coffee and cream, upset her stomach. But she went on drink-ing. Staying alert. Thinking, “Don’t let the little devil wake up…”

What would she tell him? What would she lean on, so that they did not fall, mother and son, into the gulf which his unexpected departure had opened up? She drank so as not to think. And not to feel pain. Mainly that. The alcohol rebaptized her in warm spa wa-ters, soothing her. She closed her eyes and summoned the joyful picture from her adolescence, when, for once only, she had had the opportunity to dive into the glittering waters of the Gellért spa. She drank and she dived all the more deeply, until the palms of her hands could touch the marble bottom. Down there, no one and nothing could hurt her.

How much time had passed since then? Her memory did not help her to calculate it. Not that she cared. It was enough that her feeble frame still held out, enough to see her son grow up. To be-come a man. To resemble his father. Though deep down this re-semblance terrified her.

She had put the cup to her lips and taken two swallows, to chase away the ominous thoughts. Then she had stretched out her hands towards the radiator. The warmth of it calmed her, she could have remained there unmoving all day long.

Her son turned and gave her a final glance before opening the front door. Crumpled as she was, she looked completely befuddled. “I bet she’s drunk again,” he thought, but said nothing. He had to hurry.

“Wear your hats…” again he heard her weak voice from the in-ner room.

“There’s no one else here, mother,” he said resentfully, but even before he had finished the phrase he regretted it. Each time she spoke to him as though someone else was in the house, he flared up. And each time rebuked himself for it.

“Yes, there’s no one…” she answered vaguely, and bent her head until it almost touched her chest.

Perhaps it was her stained dressing gown, her blurred gaze, or the faded yellow of her hair. Or perhaps it was simply that to his eyes she looked old. What was certain was that this picture of the long-suffering woman made him feel sick. “How old must she be now?” he wondered. When she gave birth to him, she was only seventeen. A child giving birth to a child… “I don’t regret that he got me pregnant, but that I kept you,” she had said to him once, when she was drunk. What difference did it make that she had cried afterwards and asked his forgiveness? Drink dragged her inexorably to the bottom.

That morning, 12 February 1985, the cold in Budapest pierced to the bone and the strong wind froze his face. At that hour the neighborhood looked deserted and the windows of the apartment buildings, behind the Keleti railway station, were tightly shut.

“See, she was right about the hat…” he murmured and quick-ened his pace towards the Metro. Andrea’s scared voice, a little while before on the telephone, beat in his brain, accelerating his steps across the damp asphalt. “A pain, a piercing pain, it’s kill-ing me,” he heard her whisper on the other end of the line. “László?’ was all he managed to say in his confusion. “If my brother was here do you think I would have called you?” she burst out. “It hurts, I tell you. Hurry!”

Breathless, he entered the station, showed his card to the drowsy employee and buried himself in one of the Red Line carriages. At Deák Ferenc he hurriedly changed trains and squeezed in beside a guy whose breath smelled of beer and a middle-aged woman who was reading the Nepszabadsag. He had made this journey often in the last year, but this time it seemed to him unending.

When the doors opened at the eighth stop, he ran up the stairs and came out at last in Pöttyös street.

There was little movement on the road. Two workmen were languidly cleaning the pavement and an old woman, wrapped in a heavy woollen shawl, was selling bunches of flowers. She had squeezed them into a filthy plastic bucket which rested between her thick rubber boots. He was about to pass her, when a hand tugged at him suddenly and, before he had time to realise what was happening, he saw the woman blocking his way.

“Take her some fresh flowers. She’ll like them…” she begged, at the same time gripping his arm tightly.

“Let go!” he reacted. Something in her eyes repelled him. “Forints! Give me a few forints and I’ll tell you everything.” “Let go of me I tell you, crazy old woman.”

“Bad seed, bad tidings,” her voice screeched behind him, but the words were scattered by the strong wind.

He quickened his step and moved away almost at a run. He passed in front of a veraman apartment block – veraman, that strange word Andrea used – and at the next block, with its bright terra-cotta color, he rang the Kovács’ bell. He pushed open the met-al door and took the stairs two at a time to the second floor.

She was waiting for him at the entrance, clutching her enor-mous belly. Although it was only three days since the last time they had met, he was startled by how beautiful she was in her blue dress. She resembled a big shiny balloon with a lovely little face made of porcelain balanced on top of it.

“Don’t stand there looking at me like an idiot!” she snapped, and crumpled into an armchair, unable to remain on her feet a moment longer. 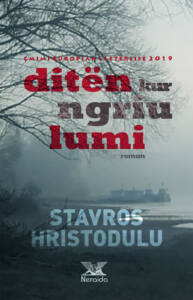 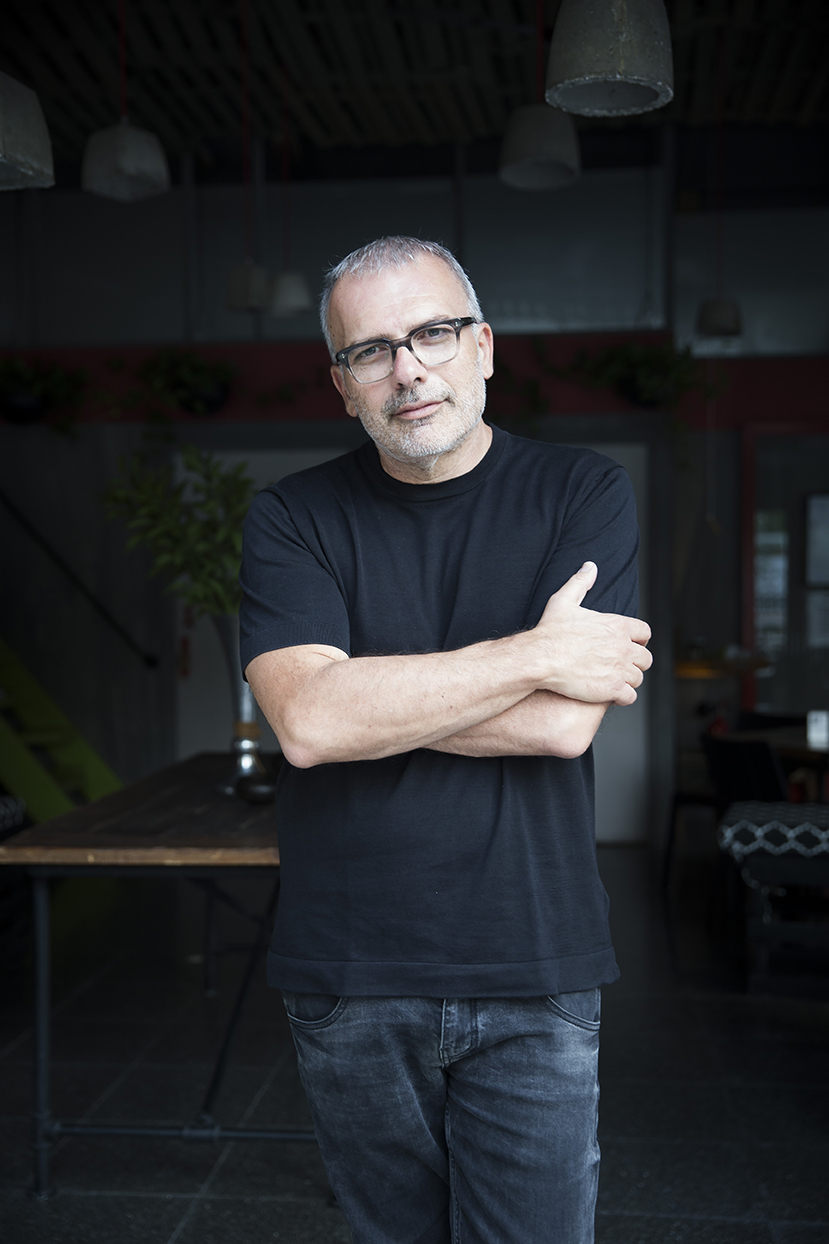